The malaise surrounding Bitcoin runs much deeper than its price.

The world’s largest cryptocurrency has been struggling with around $47,000, well below its early November high of around $69,000. A subtle look helps explain why: trading volumes have dried up, open interest in futures contracts has decreased and the number of active addresses has ceased.

Taken together, the data paints a picture of dwindling animal spirits after Bitcoin peaked following the fall launch of the first US-based ETFs to track futures contracts. The buyers retreat – once considered a reliable component of the cryptocurrency markets – did not reappear meaningfully even after a 33 percent decline. Meanwhile, after dumping multibillion-dollar leverage deals in a flash crash last month, new investors haven’t yet filled the void.

“There was a lot of leverage in the system in May and then in the run-up to November,” said Jim Greco, managing director of Radkl, a crypto-trading firm. “There could be a lot of people who have been drowned and need to be replaced in the new capital.”

Bitcoin trading activity slowed as enthusiasm waned. Data from Kaiko compiled by Messari shows that after a months-long downtrend, volumes across exchanges reached just $4.8 billion on Tuesday. That’s down from $13.1 billion the previous year, and well below the one-year average of nearly $9.2 billion.

Trading volume has not exceeded $10 billion since December 4, when the price of bitcoin plunged more than 20 percent within minutes in a display of the infamous currency volatility over the weekend. About $2.4 billion of cryptocurrency exposure, both long and short, was liquidated during the decline, according to data from Coinglass.com.

“We saw a number of US funds, support stores and hedge funds primarily putting out risk in the last hours of the year, but what we saw this year was volumes decreased relatively compared to the beginning of last month,” said Aya Kantorovic, head of institutional coverage at FalconX. “I think what we’re seeing is still the question, ‘Are we still risk averse or risk taking? “

The futures market tells a similar story. After rising to an all-time high of $17.4 billion in late October, open interest on bitcoin futures on the CME is now around $10.6 billion — down 39 percent.

The rally was prompted by the anticipation of the first Bitcoin futures ETF in the United States, which debuted in mid-October as one of the most actively traded funds of all time. However, the enthusiasm quickly waned – after attracting more than $1 billion in just two days, the ProShares Bitcoin Strategy ETF (BITO ticker) AUM reached $1.2 billion. 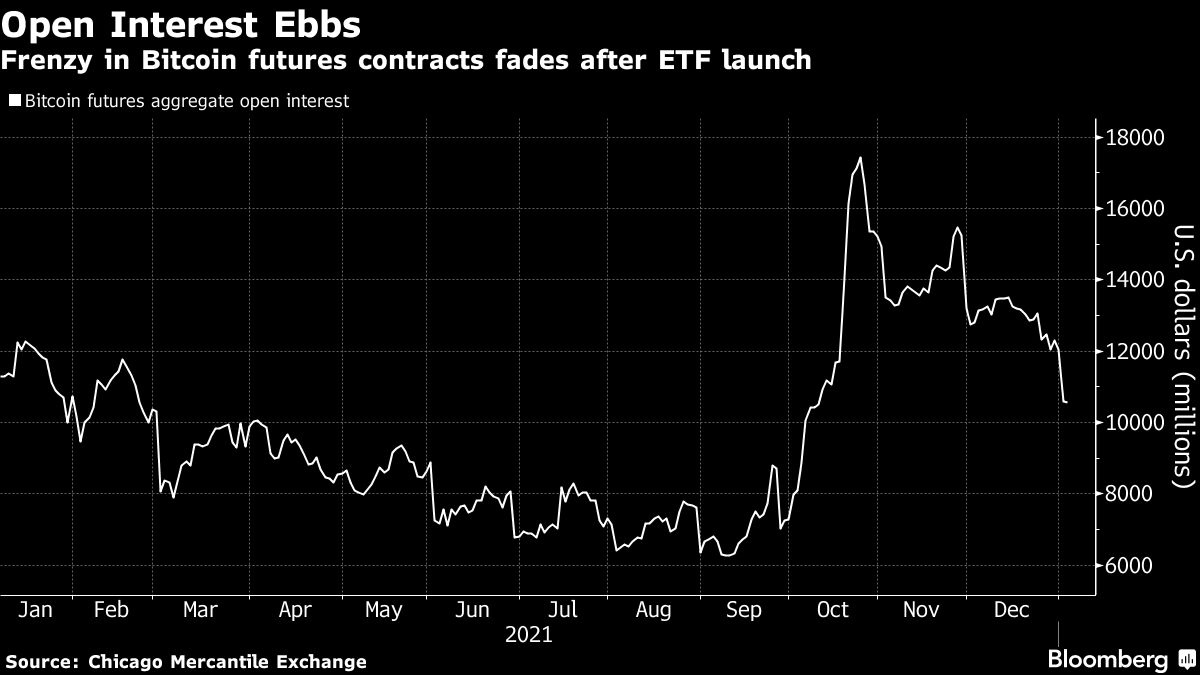 “The launch of the fund is closely correlated with the increase in open interest in CME, with AUM increasing rapidly in the first week of launch,” Sam Doctor, chief strategy officer and head of research at BitOoda, wrote in a note. Open interest “recently retreated to pre-ETF launch levels in the last week of December, although we expect OI to rise again as the holidays approach.”

Amid the malaise, the growth of active titles – a measure of trading activity – has stalled, too. The number is currently around 971,000, down from 1.2 million a year ago, according to CoinMetrics data compiled by Messari.

For Kantorovic, that could pave the way for a short and sharp liquidity squeeze similar to the sudden crash in December. 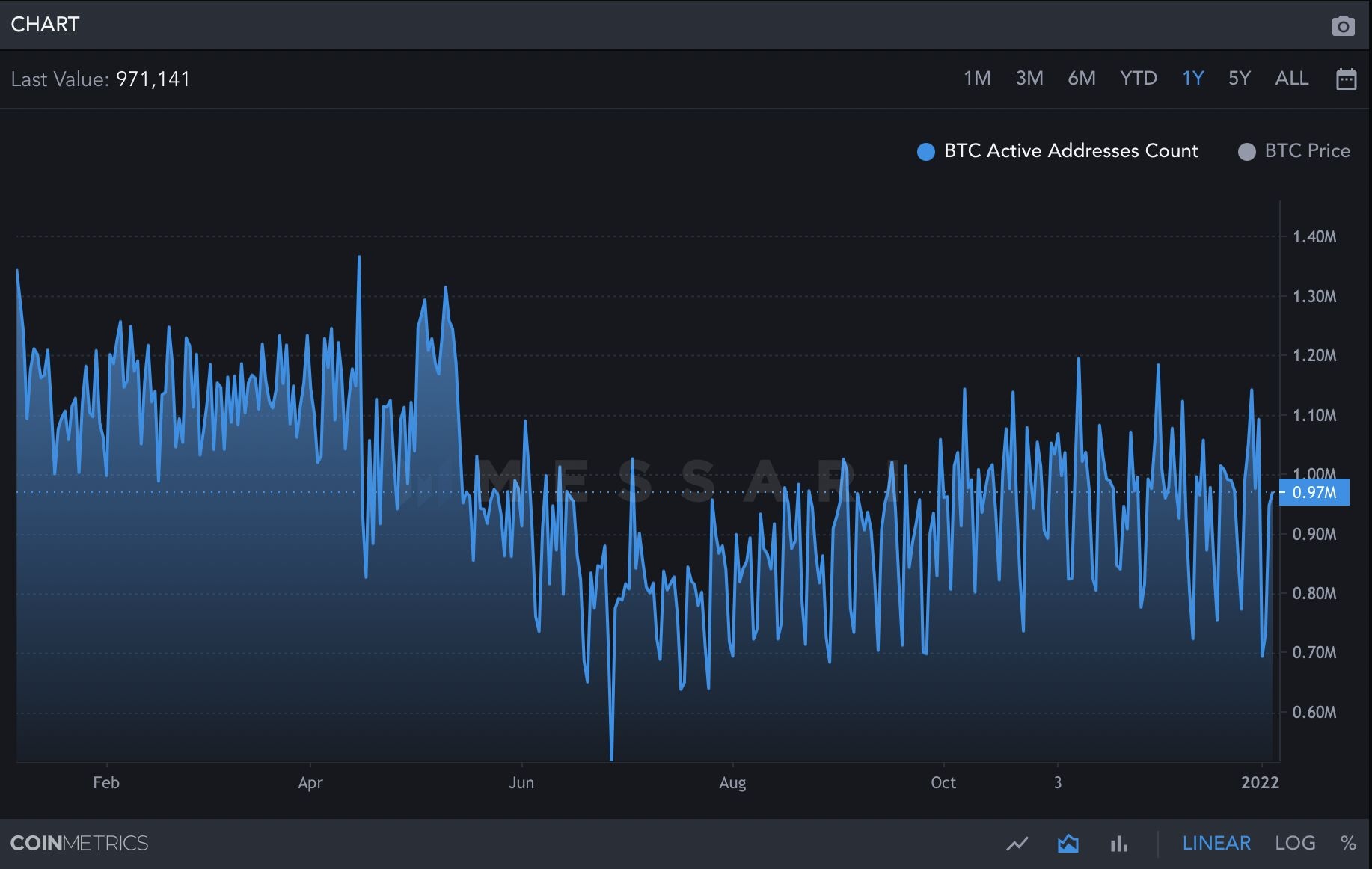 “The less active addresses you have can mean more assets in cold storage. The less tradable bitcoin is, the more volatility you can expect on exchanges with less liquidity across the order books,” Kantorovic said. Too and too short cuts open interest in the market very quickly, similar to what we saw in December.”